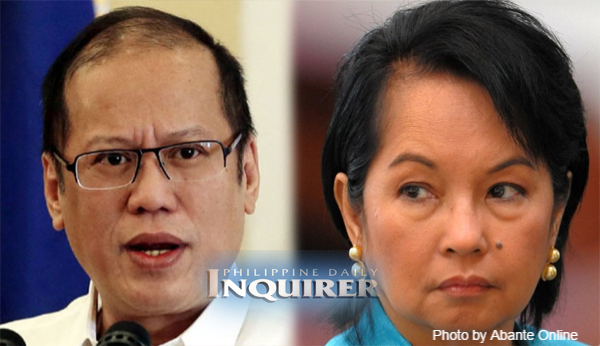 Rigoberto Tiglao in his column for the Manila Times revealed that former President Gloria Arroyo tried to pursue a case against the owners of Philippine Daily Inquirer while her successor, Benigno Aquino III let the case rot.

Tiglao said that Arroyo refused to stop her officials from implementing the Republic’s laws that would be financially devastating to the Rufino family.

Tiglao said taht these cases required the Rufino-owned firm Sunvar Realty to vacate the prime Mile Long commercial complex in Makati and pay about P1.8 billion in back rentals (computed as of March 2017). The second involved the purported tax liabilities of the clan’s company, Golden Donuts, amounting to P1.6 billion.

Aquino after he sat as president, also sat on his issues his entire term.

Tiglao said that the court decision to eject them from the Makati property can no longer be delayed.

Tiglao said that this could be the reason why PDI up until the present, depicts Arroyo as a corupt poitician, despite the dismissal of all cases against her.

The columnist said that this could also be the reason why the newspaper portrayed Aquino as a near-saint in the league of his mother.

He also said that the intention of President Rodrigo Duterte to pursue the case could also be the reason why the newspaper paints his war on drugs as a “horrific massacre of the poor”.

Tiglao said that Arroyo has been telling them to vacate the property, but Carlos Rufino refused since he claims to have a lease for the property, one he never showed.

He added that Arroyo’s Solicitor General Agnes Devanadera finally sent them a final collection and ejectment notice in 2008. When the firm ignored it, she filed the collection and ejection suit in 2009 at the Makati Metropolitan Trial Court Branch 61.

“After it assumed power, the Aquino’s administration did nothing to follow up the suit,” he said.