Veteran actress and singer Sharon Cuneta has been very vocal in her admiration to President Rodrigo Duterte even if her husband Senator Francis “Kiko” Pangilinan is considered of the toughest critic of the President.

Recently, the two prominent icons of Philippine politics and showbiz industry were spotted having a dinner together with Special Assistant to President Christopher “Bong” Go at the Malacañang Palace.

Together with them in the said dinner is the Megastar’s brother who according to her idolizes the President so much.

Through her Instagram account, Cuneta expressed her happiness in sharing a meal with Duterte and even showed a souvenir pen they received from the Malacañang.

She also explained that her husband Senator Pangilinan was all cool with the dinner and did not take it personally.

In a statement, the opposition Senator also expressed that he does not mind her wife dining with the President citing that Cuneta’s father has been friends with Duterte for a long time. 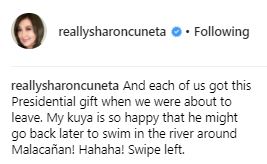 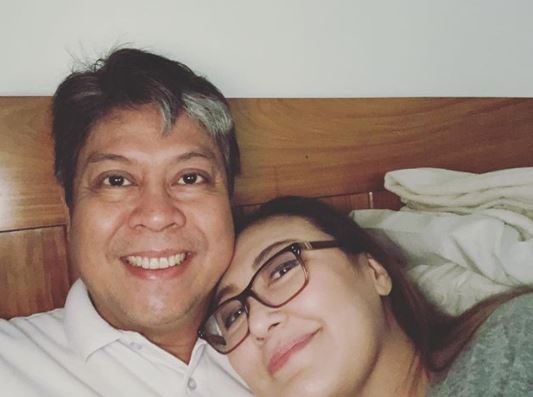 It could be recalled that President Duterte also expressed gratitude on Cuneta “for the many things” the actress has done for him and his family, especially his daughter Davao City Mayo Sara Duterte-Carpio who is a self-confessed “Sharonian”.